Hi! I’m an IT engineer and researcher from Belarus, co-founder of Organic Maps and MAPS.ME (offline maps for iOS and Android), and founding investor of VibroBox (prescriptive maintenance for machinery). I have almost 20 years of experience in leading dev teams, building cross-platform and scalable software. I like open source, love to travel, and eager to learn about health and the world around me. 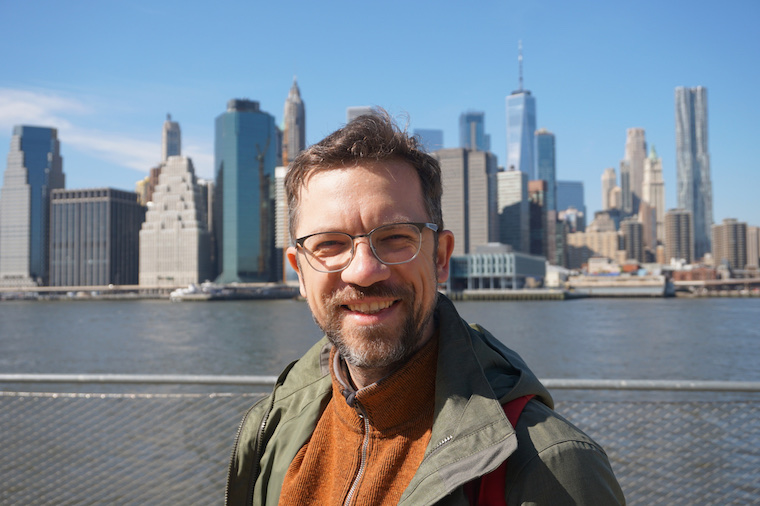 VibroBox is a vibration-based diagnostics service for a scalable [prescriptive maintenance](Smart Energy Summit news), IIoT and Industry 4.0. Our team of scientists, engineers, and industry experts are focused on digital signal processing, wavelets, machine learning, and other algorithms to prevent failures of industrial equipment by providing timely and automated maintenance instructions.

MAPS.ME is an open-source offline maps app for [iOS][MAPS.ME iOS] and [Android][MAPS.ME Android]. A crowd-sourced OpenStreetMap data is used for walking and cycling directions, car navigation, discovering new places and local sightseeing. As of April 2018, MAPS.ME was installed by 100M users all over the world.

After the acquisition of MAPS.ME, we have hired a new engineering team of 25 in Moscow and passed all our knowledge to them. I was in a “CTO” role at Maps department of Mail.Ru Group:

Probably the most challenging period for MAPS.ME, when we grew our team and user base while trying to sell a paid app in AppStore and Google Play.

At that time, I led our small team of 3 in Minsk, responsible for a cross-platform build environment, code reviews, iOS, and Android. The most notable tasks included:

BLRSoft (as an R&D center of Abaxia) developed “home screens” software and firmware for Vodafone, Orange, and other network operators. BLRSoft was acqui-hired by HTC in 2010 and renamed to HTC BLR. I worked in many roles, including Senior Software Engineer, Team and Technical Leader, Project Manager, Technical Director, while working on mobile software for Symbian and Windows Mobile.

InfoTechnology is a Belarussian division of a San-Francisco XIM company. I have developed a music and hum/sing recognition app for Symbian devices called “Midomi.” The customer was SoundHound Inc. from California. Some tasks I’ve done that time:

I have developed a Windows application for touch-screen devices to easily play and grab DVD content in a small team of two. In particular, I’ve created:

I have supported a “Smart IP” product for a US customer, a transparent TCP/UDP network optimizer/switcher for desktop and mobile platforms. What I’ve done:

I worked on Topoplan and Genplan CAD software, 3D terrain/buildings modeling and editing, in particular:

I have designed and implemented a configurable IRC bot for Windows and Linux, using curl, libmrss, and libnxml libraries for RSS/Atom/XML parsing with full range character encodings support. It was alive until 2016.

ByNets was the largest IRC network in Belarus which united many people from universities, dormitories, companies, and residential districts of Minsk.

At that time, my friends and I have built one of the largest home Ethernet networks in Minsk with 1500+ users from different city districts. We used long-range cables, 100Mbit switches and targeted radio links (range up to 3km) to connect users from many apartment buildings.

R&D work with random number generators based on linear feedback shift registers under the supervision of I.P. Kobyak, Ph.D.